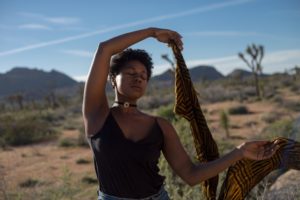 Controlled breathing, like what you just practiced, has been shown to reduce stress, increase alertness and boost your immune system. For centuries yogis have used breath control, or pranayama, to promote concentration and improve vitality.  Buddha advocated breath-meditation as a way to reach enlightenment.

Science is just beginning to provide evidence that the benefits of this ancient practice are real. Studies have found, for example, that breathing practices can help reduce symptoms associated with anxiety, insomnia, post-traumatic stress disorder, depression and attention deficit disorder.

“Breathing is massively practical,” says Belisa Vranich, a psychologist and author of the book “Breathe,” to be published in December. “It’s meditation for people who can’t meditate.”

How controlled breathing may promote healing remains a source of scientific study. One theory is that controlled breathing can change the response of the body’s autonomic nervous system, which controls unconscious processes such as heart rate and digestion as well as the body’s stress response, says Dr. Richard Brown, an associate clinical professor of psychiatry at Columbia University and co-author of “The Healing Power of the Breath.”

Consciously changing the way you breathe appears to send a signal to the brain to adjust the parasympathetic branch of the nervous system, which can slow heart rate and digestion and promote feelings of calm as well as the sympathetic system, which controls the release of stress hormones like cortisol.

Many maladies, such as anxiety and depression, are aggravated or triggered by stress. “I have seen patients transformed by adopting regular breathing practices,” says Dr. Brown, who has a private practice in Manhattan and teaches breathing workshops around the world.

When you take slow, steady breaths, your brain gets the message that all is well and activates the parasympathetic response, said Dr. Brown. When you take shallow rapid breaths or hold your breath, the sympathetic response is activated. “If you breathe correctly, your mind will calm down,” said Dr. Patricia Gerbarg, assistant clinical professor of psychiatry at New York Medical College and Dr. Brown’s co-author

Dr. Chris Streeter, an associate professor of psychiatry and neurology at Boston University, recently completed a small study in which she measured the effect of daily yoga and breathing on people with diagnoses of major depressive disorder.

After 12 weeks of daily yoga and coherent breathing, the subjects’ depressive symptoms significantly decreased and their levels of gamma-aminobutyric acid, a brain chemical that has calming and anti-anxiety effects, had increased. The research was presented in May at the International Congress on Integrative Medicine and Health in Las Vegas. While the study was small and lacked a control group, Dr. Streeter and her colleagues are planning a randomized controlled trial to further test the intervention.

“The findings were exciting,” she said. “They show that a behavioral intervention can have effects of similar magnitude as an antidepressant.”

Controlled breathing may also affect the immune system. Researchers at the Medical University of South Carolina divided a group of 20 healthy adults into two groups. One group was instructed to do two sets of 10-minute breathing exercises, while the other group was told to read a text of their choice for 20 minutes. The subjects’ saliva was tested at various intervals during the exercise. The researchers found that the breathing exercise group’s saliva had significantly lower levels of three cytokines that are associated with inflammation and stress. The findings were published in the journal BMC Complementary and Alternative Medicine in August.

Here are three basic breathing exercises to try on your own.

If you have the time to learn only one technique, this is the one to try. In coherent breathing, the goal is to breathe at a rate of five breaths per minute, which generally translates into inhaling and exhaling to the count of six. If you have never practiced breathing exercises before, you may have to work up to this practice slowly, starting with inhaling and exhaling to the count of three and working your way up to six.

When your mind is racing or you feel keyed up, try Rock and Roll breathing, which has the added benefit of strengthening your core.

When the mid-afternoon slump hits, stand up and do some quick breathwork to wake up your mind and body.

By Lesley Alderman, psychotherapist and journalist.

Also see: The Chakra System and Breathe to Heal

I Am a Self-Healing Organism New

And The People Stayed At Home New

The Benefits of Controlled Breathing New


THE MAGIC OF MOVEMENT - NEW ITEMS


THE POWER OF SOUND