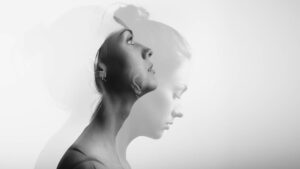 Much has been written, publicised and angrily expressed about abuse, and rightly so, because until we talk about and face our demons we cannot be free of them.  When anything that is negative and soul destroying exists in us without being defined and named its incognito status allows it to do untold damage.

This is certainly the case with mixed messages.  They do so much damage because they have not been defined or classified as a detrimental force, so they go on being a destructive influence to the human condition.  Abuse, neglect and deprivation are three primary agents of distress and are increasingly being seen for what they are, enemies of the human psyche.  What is tragic is that mixed messages do as much damage, if not more than these 3 agents of distress yet there is very little recognition of the power of mixed messages.  This lack of recognition has meant that mixed messages have been able to go largely undetected, slipping by our defences and then polluting our minds.

Mixed messages set up states of conflict, confusion, instability, doubt, insecurity, low self esteem, just to name a few.  These various conditions are created and sustained by the contradictory nature of mixed messages.  Mixed messages give in one moment and take away in the next.  In other words kindness, tenderness and understanding can be served up on the same day as cruelty, insensitivity and condemnation.  Both can be delivered with such conviction that they are experienced as credible and believable truths by the receiver.  The individual who is without balance, a clear sense of self and their own worth is thrown into confusion and left not knowing what to believe, hence doubt and insecurity evolve.

Can you imagine what this duality does to the mind of a child?…  A mind that is so accepting, unchallenging, innocent?  The consequences are devastating because the child is then unable to form strong, clear boundaries which can guide it towards its potential and the truth.  The child  knowing no better is slowly stripped of its clarity, insight, self-belief and courage as a false persona is constructed in its place.  It is at this point (during our formative years) that our true nature, direction and purpose is lost, because instead of our individuality and uniqueness being celebrated through our upbringing, we learn to conform and perform.

Mixed messages can be delivered in many forms, it is not simply via the medium of speech.  They can be imported into our consciousness through body language, tone of voice, eye contact, facial expression, attitude and moods.  All these aspects of a person speak a language that conveys a message.  The message being conveyed by all these means of communication can be both positive or negative and can do as much good or harm as speech.  The nature of human interaction is such that several, if not all, of these aspects of communication are ‘speaking’ at the same time.  Therefore if these characteristics are at odds with one another, or are not ‘speaking’ the same language, mixed messages continue to undermine human development.

The dripping tap of mixed messages wears away at the human condition probably more than anything else and until it is recognised to be a crippling and self-limiting force the erosion of human potential will continue.  The way to stop the rot and decay is first of all to become aware of what form mixed messages take in our lives and then challenge the culture of contradiction they have established with self-empowering activities.

The real self has not died and gone forever it is simply unconscious. Unless we stop being subservient to the force of mixed messages the real self will not have the power and assertion to play out the full range of its talents, potential and purpose.  Rise above the influences of the past by developing a diet of positivity in all aspects of your life in the present.  Feed yourself consistently with love, kindness, forgiveness and compassion and your real beauty will be resurrected.  It is time to love and respect yourself.