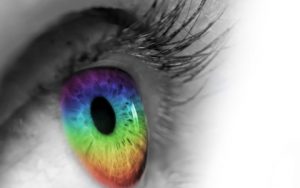 It is time to take a look at the record, and review what published medical research actually has been saying for eight decades.

Below, is a snapshot of the nutritional evolution that has been taking place since the mid 1930s.  There is a lot of misinformation that would have us believe that nutrients are to be viewed with some scepticism and suspicion. Hence a battery of legislation has led to what many think is the over-regulation of largely ‘innocent’ substances.

Isn’t it ironic to think we can go into most chemists and purchase paracetamol and a range of painkillers, which in sufficient quanitities can kill us. Surely the ‘medicinal’ properties of vitamins, which are vital for human life, do not need any more regulation than those easy to acquire, ‘over the counter’ substances.

In the last 23 years, there are only 10 deaths ‘alleged’ to be the result of vitamin supplementation and yet the deaths caused by the side-effects of medications are estimated to be 100,000 a year!

There is no doubt that vitamins should be used ‘mindfully’ because they are powerful nutrients, but they are certainly not our enemy.  We simply couldn’t survive without them.  Some of the greatest researchers and scientists in this field (see below) have gone as far as to say that every disease that we are afflicted by is the result of some nutritional deficiency.  The more you understand that the immune system is unable to perform its amazing functions without adequate nutrition, the more it becomes clear that this is a subject we should all be taking more seriously – see the work of Dr. Paul Clayton, who has done some excellent work relating to both the innate and the acquired immune systems.

It’s not that everything can be cured by taking the right supplement, or eating the right combination of foods (although that is almost always part of any positive health strategy), it’s more accurate to say that if those nutrients are not in the system the body’s amazing capacity to heal itself is compromised and it is at that point that we are more vulnerable to all manner of pathogens and toxic substances – see: The Truth About Supplements.

Here are some of the facts.

1940 The Shute brothers publish that vitamin E prevents fibroids and endometriosis, and is curative for atherosclerosis.

1945 Vitamin E is shown to cure hemorrhages in the skin and mucous membranes, and to decrease the diabetic’s need for insulin.

1947 Vitamin E is successfully used as therapy for gangrene, inflammation of blood vessels (Buerger’s disease), retinitis, and choroiditis; Roger J. Williams, PhD, publishes his research showing how vitamins can be effective in the treatment of alcoholism.

1950 Vitamin E is shown to be an effective treatment for lupus erythematosus, varicose veins, and severe body burns.

1951 Vitamin D treatment is found to be effective against Hodgkin’s disease (a cancer of the lymphatic system) and epithelioma.

1954 Abram Hoffer, MD, PhD, and colleagues demonstrate that niacin (vitamin B3) can be an effective cure in cases of schizophrenia; the Shutes’ medical textbook Alpha Tocopherol in Cardiovascular Disease is published; and Dr. McCormick reports that cancer patients tested for vitamin C were seriously deficient, often by as much as 4,500 milligrams.

1956 Mayo Clinic researcher William Parsons, MD, and colleagues confirm Hoffer’s use of niacin to lower cholesterol and prevent cardiovascular disease; Dr. Harrell demonstrates that supplementation of the pregnant and lactating mothers’ diet with vitamins increases the intelligence quotients of their offspring at three and four years of age.

1964 Vitamin D is found to be effective against lymph nodal reticulosarcoma (a non-Hodgkin’s lymphatic cancer).

1972 Publication of The Healing Factor: “Vitamin C” Against Disease by Irwin Stone, PhD.

1976 Ewan Cameron, MD, and other physicians in Scotland show that intravenous vitamin C improved quality and length of life in terminal cancer patients.

1986 Publication of How to Live Longer and Feel Better by Linus Pauling.

1990 American doctors successfully use vitamin C to treat kidney cancer, and in 1995 and 1996, other cancers.

2007 Harold D. Foster and colleagues publish a double-blind, randomized clinical trial showing that HIV-positive patients given supplemental nutrients can delay or stop their decline into AIDS.

2008 Korean doctors report that intravenous vitamin C “plays a crucial role in the suppression of proliferation of several types of cancer,” notably melanoma. And, natural vitamin E is demonstrated to substantially reduce risk of lung cancer by 61%.

2009, 2010, 2012 Intravenous Vitamin C and Cancer Symposiums filmed and made available for free-access online. To find out more about these Symposiums there are multiple lectures on Vitamin C/Cancer and other related topics at: Riordan Clinic.

2013 B-vitamin supplementation is seen to slow the atrophy of specific brain regions that are a key component of the Alzheimer’s disease process and are associated with cognitive decline.

It should be noted that this summary, showing the evolution of the clinical use of vitamins, is not an attack on allopathic medicine and the good research taking place in that arena. There is generally, amongst natural and alternative practitioners, a recognition and respect that allopathy (modern medicine) has a vital place in health strategies and healing regimes but equally it’s recognised that it does not have a monopoly on what’s best in terms of human health.

This is why a complementary approach to medicine makes the most sense, bringing the best of allopathy and naturopathy together. We can see from this brief overview that a lot of good work has been done in this area, but it has not always found its way into the public domain, which often means we are not getting the best combination of interventions and it’s time that we started thinking outside of the conventional boxes.

Orthomolecular medicine is not a panacea, but there is no doubt it has a valuable contribution to make to both mental and physical health. Do your own research on the items listed here and you will be astounded at how much information is out there supporting the medicinal use of vitamins and minerals, as effective treatments for just about every condition we face.

Make sure, if you are making any decisions about your health, that you always take advice from your doctor or a qualified health professional.

We also highly recommend Cytoplan for those wanting first class supplementation, because they specialize in wholefood and foodstate products – which offer the very best ‘delivery systems’ in terms of nutrition.

Also see: Diet and Mental Health and The Essentiality of Fats