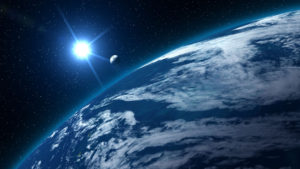 Being “still” for most of us is an alien experience, something we run away from rather than run towards. It is an activity that many would describe as boring, un-inspiring and at times even frightening, hence our general unwillingness to make it part of our lives. Where it is a feature of our existence it tends to be by default rather than by design, and so when we are “still” we anxiously look for ways to escape those moments just in case the “stillness” extends itself and takes us into unfamiliar and uncomfortable territory.

Our “un-ease” with stillness and all that it contains is one of the greatest tragedies of modern life. The merciless pace at which much of our lives hurries along denies us so much. Rather than grasping the detail and the significance of life, we grasp only fragments of reality, while substantial portions pass us by and become nothing more than a blur. Robbing us of the richness latent in our experiences and so what we do manage to extract bears little resemblance to what is really on offer. In order that we can grow towards wholeness and well being we need to transcend our ignorance, fear and our impatience with regards to being still and discover the wealth that is inherent within this state of being.

“Still time” is largely a self explanatory activity; all it requires is the space and time in which to engage in this insightful pastime. Regular short-spells of practice is better than long infrequent sessions. When you attempt the art of being still, sit comfortably rather than lie down, the aim of being still is not to go to sleep, in this context sleep is simply another diversion. The aim is to be still, not distracted and to be alert, it is by being alert that the “eye of consciousness” can begin to look in, rather than out. It is crucial at times of practice to take off phones, not to have music or television on in the background, or to allow yourself to be diverted in any other way.

When you sit, particularly in the early stages, do not give your mind an agenda to follow, let it find its own way, let it unveil that which it needs to. Trust your instincts to lead the way. Be an observer of the process, try to be a witness to all the happenings; the changes in mood, the visual images, the fantasies, the absurdities and all the other events that are put on display on the “screen of the mind”. The more you stand outside yourself and watch from the sidelines what is going on, the more your inner world will communicate its deep seated thoughts and feelings. Thoughts and feelings that lurk around in the background of your life, but for the most part are ignored, denied and overlooked.

Still time will illustrate how much is really going on inside you and yet you have so little knowledge of it, because you are so focused on external events. Your inner world is like a crowd of people screaming and shouting, all struggling to be heard and acknowledged whilst you remain largely entangled in your everyday life. Only by being still long enough can you hear the shouts and cries from within, and only when you hear those many competing voices and act on the wisdom and insight they offer can you really move forward.

Our own experience is our greatest tutor, if only we would be still long enough to observe the inner landscape and listen to its sounds and many messages, so many pearls of wisdom would then become ours. Try being still at some point every day or at least at regular intervals during the course of a week, do not deny yourself the immense wealth waiting to be claimed inside of you, do not commit the ultimate sin and say, “I do not have the time,” because to not have time to do what is beneficial for oneself is to have truly lost one’s way. “Still time” costs nothing and yet offers immense treasures in return, where else would you get such a deal?