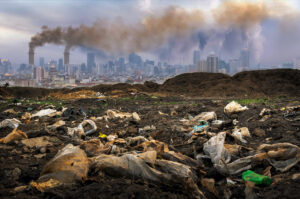 There was more positive news regarding plastic waste, with the announcement that a new super-enzyme has been developed to eat plastic rubbish.  It’s not the first time an enzyme has been found to munch through plastic, but the enzyme developed at the University of Portsmouth reportedly devours the stuff six times faster than its nearest rival.

The research team is now trying to work out how the enzymes can be modified to work even faster, which could potentially make them an important weapon in the fight against plastic waste. Prof John McGeehan, director of the Centre for Enzyme Innovation (CEI), said this discovery offers huge potential.  This breakthrough builds on the plastic-eating bugs first discovered by Japan in 2016 and promises to enable full recycling.  Plastic bottles makes up almost one sixth of the world’s annual plastic production.

The super-enzyme, derived from bacteria that naturally evolved the ability to eat plastic, enables the full recycling of the bottles. Scientists believe combining it with enzymes that break down cotton could also allow mixed-fabric clothing to be recycled. Today, millions of tonnes of such clothing is either dumped in landfill or incinerated.  Plastic pollution has contaminated the whole planet, from the Arctic to the deepest oceans, and people are now known to consume and breathe microplastic particles. It is currently very difficult to break down plastic bottles into their chemical constituents in order to make new ones from old, meaning more new plastic is being created from oil each year.

The super-enzyme was engineered by linking two separate enzymes, both of which were found in the plastic-eating bug discovered at a Japanese waste site in 2016. The researchers revealed an engineered version of the first enzyme in 2018, which started breaking down the plastic in a few days. But the super-enzyme gets to work six times faster.  “When we linked the enzymes, rather unexpectedly, we got a dramatic increase in activity,“ said Prof John McGeehan, “This is a trajectory towards trying to make faster enzymes that are more industrially relevant. But it’s also one of those stories about learning from nature, and then bringing it into the lab.”

French company Carbios revealed a different enzyme in April 2020, originally discovered in a compost heap of leaves, that degrades 90% of plastic bottles within 10 hours, but requires heating above 70C.  The new super-enzyme works at room temperature, and McGeehan said combining different approaches could speed progress towards commercial use: “If we can make better, faster enzymes by linking them together and provide them to companies like Carbios, and work in partnership, we could start doing this within the next year or two.”

The 2018 work had determined that the structure of one enzyme, called PETase, can attack the hard, crystalline surface of plastic bottles. They found, by accident, that one mutant version worked 20% faster. The new study analysed a second enzyme also found in the Japanese bacteria that doubles the speed of the breakdown of the chemical groups liberated by the first enzyme.

This latest research is published in the journal Proceedings of the National Academy of Sciences.  Researchers have also been successful in finding bugs that eat other plastics such as polyurethane, which is widely used but rarely recycled. When polyurethane breaks down it can release toxic chemicals that would kill most bacteria, but the bug identified actually uses the material as food to power the process.