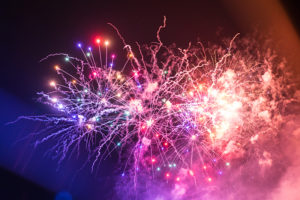 Energy is such a difficult thing to describe and define because it has so many manifestations, expressions, shapes and forms, so how could a single definition adequately describe its incredible depth and scope?  This nebulous, ethereal, multi-dimensional, metaphysical stuff is to be found everywhere which makes describing it both easy and complicated – because everywhere we look, it’s staring back at us and yet how can it take on so many forms?  Defining energy is further complicated because we too are made up of this ‘stuff’, it is the essence of who we are.

The word energy is derived from ancient Greek (energeia) – it is in Aristotle’s work, 400 years BC, that the definition of energy as the operation of ‘something’ or a description of some ‘activity’, was arguably first postulated.  However, it wasn’t until much later in the 17th, 18th and 19th centuries that more precise interpretations and classifications were conceived.

There is a plethora of famous and lesser known scientists, researchers and contributors who have each added valuable pieces of understanding to this complex subject.  If this is a topic that interests you from a more scientific perspective then you can follow the modern trail starting with Thomas Young (1773 – 1829), a brilliant physician, philosopher and polymath who is credited as the first person to use the word energy in the modern sense.  Young, has subsequently been described by many great scientists as; “the last man who knew everything”.

In this section we will be covering the topic from a wide variety of positions, including material from antiquity, more recent history and the cutting edge science that is inviting us all to take energy medicine and psychology more seriously.