Home »Research»WHERE THE MIND GOES THE MOLECULE WILL FOLLOW 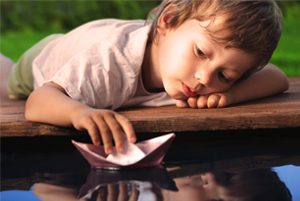 A rapidly developing field of research known as Psychoneuroimmunology (PNI) has been uncovering ways in which the brain and immune system interact to influence our susceptibility to diseases.

Many studies have established the numerous connections between the immune system and central nervous system – such as nerve endings in the thymus, lymph nodes, spleen and bone marrow, suggesting the existence of a complex communicative and interactive network between the brain and immunity.

In addition, the cells of the immune system seem to respond to chemical signals from the central nervous system via neuroendocrines, neurohormones and neurotransmitters, including growth hormone, insulin, histamine, vasopressin, dopamine, adrenaline, noradrenaline, prolactin, testosterone and prostaglandins.

Given these complex connections and subtle interactions between the brain and immunity there is now no doubt that psychosocial factors play a decisive role in the development of illness or the restoration of health.

Most basic clinical experimental trials show clearly that stress suppresses the immune system function. A chronic stress in particular can result in immunosuppression by acting through the hypothalamic-pituitary-adrenal pathway. Under stress the hypothalmus produces a corticotropin-releasing factor that triggers the secretion of adrenocorticotropic hormone by the pituitary, which stimulates the adrenals to secrete corticosteroids which in turn are known to decrease the production of antibodies, reduce the size of lymph nodes as well as reduce both the number and responsiveness of lymphocytes. Several studies have reported the direct relationship between a stress response and a decreased immune system function.

When considering immuno-enhancement Keicolt-Glaser et al found that elderly people who were taught progressive relaxation and guided imagery techniques showed, compared to controls, a significant increase in their Natural Killer cell activity, as well as a decrease in antibodies to herpes simplex virus, i.e. showing a better control of the virus by the immune function.

There is also evidence that psychosocial factors can affect or moderate stress-immune response before or after a stressful event occurs. These studies indicate that any behavioural intervention whether in the form of counselling, meditation and relaxation techniques, hypnosis etc, can be just as effective in both prevention and treatment of ill health.

It is important to understand that the functioning of the immune system is the end result of an extremely complex and intricate interaction between a multiplicity of factors which, besides psychosocial factors, include genetics, age, sex, environment, sleep, exercise, drugs, bacteria, viruses etc. The rapidly evolving science of PNI has helped us to understand how powerful our thoughts are in shaping our biology. In fact, every thought has a consequence. Where the mind goes the molecule will follow. This is why teaching individuals how to enhance and improve their ‘inner world’ is vital to health. Not only must we concentrate on what we put in our mouths, we must also take care of what we feed our minds. This is why The Reach Approach brings together so many seemingly unrelated disciplines and yet the thing they all have in common is how to improve your personal welfare and the welfare of those around you. Remember you are the major shareholder in your destiny. It’s time to exercise that power.

Tuormaa T.E. A brief review of the immune system in its relation to Post Viral Fatigue Syndrom (ME), non-antibody mediated Allergy, Autoimmunity and Immune Deficiency. Nutrition & Health, vol: 6, No:1, 53-63, 1988