Home »Research»EBP OR PBE?»INTRODUCTION – EVIDENCE BASED PRACTICE OR PRACTICE BASED EVIDENCE? 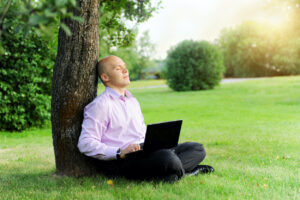 The debate about the best way to measure, interpret and classify human experience, either using internal frames of reference or external frames of reference, has been well documented in the sociological and psychological literature.  There are those who argue that using more traditional, empirical methods for gauging and evaluating the human condition is a better way for us to understand and draw conclusions about our humanness.  On the other side of the argument there are those who say without assessing and measuring the subjective dimensions of human experience, the solely empirical approach will simply offer a limited perspective in terms of what is going on.  As a result, different branches of research have been established, largely falling into two camps.  These are positivism and interpretivism.

The positivist approach is seen as more scientific because of its ‘objectivity’ (something we dispute can truly be applied to any research) and as a consequence has more credibility.  Interpretivism on the other hand, is much more concerned with the ‘experiencer’ and his/her perception and interpretation of reality.  In interpretivism an individual’s experience is seen as no less valid and may even be more telling than a purely positivist perspective.  So, where do we find ourselves now?

Evidence based practice (EBP), also known as positivism, continues to be held up as the gold standard for good practice and efficacy.  But does evidence based practice itself stand up to the scrutiny that it holds all other treatment models and psychological/medical interventions to, before they can be trusted and applied in the real world?

There are a number of researchers and social scientists who believe the answer to this question is no – and that there has been an overselling of EBP in a number of areas, which includes CBT.  And in fact there has been a manipulating and fudging of the data to influence the direction that psychological therapies are taking. This includes misreporting or misrepresenting research and/or lowering the efficacy threshold to ensure the outcomes those driving the research want. Does this mean that evidence based practice can’t be trusted?  This is something you will need to decide for yourself.  We believe evidence based practice does have an important contribution to make but we equally believe that it should not be held up as the ‘God of evidence’.

Practice based evidence (PBE), also referred to as interpretivism, has a critical part to play but given the biases around EBP, it has not been given sufficient credibility. There is a growing voice of concern and increasing evidence that PBE is at the very least equal in its importance, relevance and application to psychological therapies and interventions. This has long been our perspective and is the basis on which Reach and The Reach Approach was formed in 1990.

In this section, we will present a variety of perspectives on this argument, leaving you to decide what makes most sense to you.  We are firmly in the camp that PBE + EBP offers the client/patient the best possibilities for success.

Also see: Where is the Evidence for Evidence Based Practice? and Statistical Spin, Linguistic Obfuscation: The CBT Evidence Base