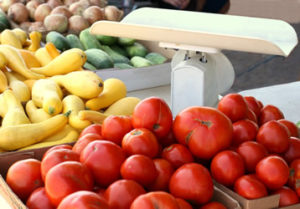 In our pick of top health stories this week, a study has found eating an apple 15 minutes before a meal can help dieters lose weight, how pine bark supplement could ease the symptoms of arthritis and how researchers are investigating the use of light therapy to tackle a common eye problem associated with diabetes.

An apple a day keeps the weight away.

Eating an apple a quarter of an hour before a meal could help dieters lose weight. A U.S. study, published in the journal Appetite, found people ate 15 per cent fewer calories after having an apple.  A recent study warned one in three adults in the UK will be obese by 2012.  Dietitians usually recommend low calorie foods and regular exercise as the first line of attack against obesity – but it is estimated that around 80 per cent of severely obese patients fail to achieve their target weight by changing eating habits and lifestyle.  In the study, volunteers were split into two groups. Half ate an apple or drank apple juice before a meal every day for five weeks, while the rest had just the meal.
Although eating apples cut calorie intake, drinking apple juice made no difference. The researchers suggested this is because the whole fruit contains fibrous ‘bulk’, which reduces appetite.

Pine bark supplement could ease the symptoms of arthritis.  Over three months, researchers compared joint inflammation levels in patients taking either two 50mg tablets of the supplement daily or ‘dummy’ tablets. Those who took the supplement, marketed as Pycnogenol, had reduced. Pain relief persisted for an additional two weeks after they stopped taking it, reported staff at Italy’s Chieti-Pescara University and the Munster University, Germany. Results suggest properties of pine bark may be strong enough to stop the spread of inflammation from osteoarthritic joints throughout the whole body, said Dr Peter Rohdewald, one of the scientists.

Ray of hope for diabetics’ sight

Researchers are investigating the use of light therapy to tackle a common eye problem associated with diabetes.  It is thought that infrared light can promote healing and improve vision in patients with diabetic macular edema. This is caused by blood vessels swelling and leaking fluid into the centre of the macula, the part of the eye responsible for seeing fine detail. The fluid makes the macula swell, blurring vision. Around 10 per cent of diabetics will develop the condition; it usually affects both eyes. It is usually treated with laser surgery to slow the leakage of fluid and reduce the amount already in the macula.  Light therapy is thought to encourage the growth of new cells in the macular