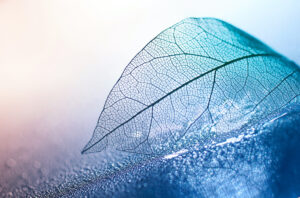 Research into the placebo effect is now quite staggering and is easily accessible in both the medical and other literature.  Less documented and commented upon is the nocebo effect, which is no less potent (see Epigenetics on the resources page).  In May 2004, a group of scientists (at the Medical School of Turin University) carried out an unprecedented study looking at the power of belief to heal, in a medical situation.  They began by administering drugs that mimicked the effect of dopamine (a neurotransmitter) that relieved the patients’ symptoms.  These drugs had a short lifespan in the body, lasting only about an hour, so as they wore off the symptoms would return.  24 hours later, the patients underwent a medical procedure, where they ‘believed’ they were receiving a substance which would restore their brain chemistry to normal levels.  In reality, they were given a saline solution that should have had no effect on their condition at all.  Following the electronic scans of the patients’ brains what was seen was quite unbelievable.

Their brain cells had responded to the procedure as if they had been given the drug that originally eased their symptoms.  Fabrizio Benedetti, the team leader of the study, stated it was the first time that he’d seen such an effect at the neuron level.  This research supported similar studies that had been conducted at the University of British Columbia in Vancouver. These investigations showed that placebos could raise the brain’s levels of dopamine.  It’s interesting to note that in 1864 William James MD, who is best known as the Father of Psychology, wrote in an article that he was in little doubt that the real power of healing was less about procedures and more about the way doctors help their patients to feel about themselves.

Bananas are wonderful for depression. They contain tryptophan, which is a protein that the body converts into serotonin.  This powerful hormone helps one to relax and improves one’s mood. Bananas are also great for PMS.  They contain significant levels of vitamin B6, which helps regulate blood glucose levels, which can positively affect your mood and calms the nervous system.  Because bananas are high in potassium and low in sodium, they are excellent in balancing blood pressure.  The magic of bananas does not end there.  As they are high in fibre, they are good for constipation as they help to restore normal bowel function.  They are also excellent in helping neutralise the effects of heartburn, as they have a natural anti-acid effect. When compared with apples, bananas have four times more protein, twice the carbohydrates, three times the amount of phosphorous and five times the amount of vitamin A and iron.  Bananas can truly help to keep the doctor away.

According to recent research, eating cabbage more than once a week can cut the odds of men getting colon cancer by as much as 66%.  Cabbage speeds up oestrogen metabolism which is thought to help block breast cancer and suppress the growth of polyps, a precursor to colon cancer.  Cabbage, like many of the cruciferous family, is packed with many hidden powers and virtues.  It is filled with anti-ulcer compounds and possesses both antibacterial and antiviral properties.  Red cabbage has twice the fibre of white cabbage and is excellent in managing blood cholesterol levels.  Cauliflower and Brussel sprouts have similar benefits.

However, when the membrane of the large intestine is lined with plaque (compacted waste accrued over one’s lifetime) it cannot properly assimilate and absorb minerals and certain vitamins.  In fact, no matter how many supplements you take, your body will begin to suffer from nutrient deficiencies, particularly minerals.  The main cause of malnourishment is intestinal congestion.  This is why colon cleansing is imperative, because as faeces is plastered onto the walls of the colon and becomes compacted over time, not only is nutrient uptake compromised but the colon becomes a breeding ground for parasites and pathogens, which in turn can pollute the blood and the lymphatic system, slowly poisoning the whole body. The symptoms of such congestion are staggering e.g., skin problems, bloating, flatulence, lower back pain, fatigue, constipation or diarrhoea, brain fog, to name a few.

One who continually defers, becomes like a stagnant body of water.  Life is about movement.  The more we are clear about where we are going and embark on that journey, the more satisfaction will accrue in our lives.  King Solomon wrote in Proverbs, ‘Hope deferred makes the heart sick, but desire fulfilled is the tree of life’.  When you keep putting off what needs to be done, your emotional energy, motivate, on and even physical strength, begin to wane. So too your creativity and inspiration falter, and before you know it you are that stagnant pool of water, a mind that works against itself.  This is why it is crucial to have a vision, to invest your life with meaning and purpose (see The Story of Health, Invocation and Spirit, Mind, Body Plan on the resources page).  Whatever you do, don’t remain sitting on the fence.

This is well documented in such cases as serious injury, surgery, or sudden illness.  Millions of white blood cells are destroyed by the toxicity of the stress, and the thymus gland shrivels to as little as half its normal size.  This has a terrible impact on the body.  Part of the thymus gland’s role is to regulate the activation of T-cells (immune cells), which help the body to identify and remove cancer cells and other invading agents.  So, any weakening of the thymus gland makes the whole organism vulnerable.  Other things that undermine its performance are dehydration, de-natured foods, inadequate sleep and constantly feeling anxious and afraid.  You can strengthen and recharge your thymus by doing simple things: spending more time in nature, eating nutritious foods, listening to relaxing music, learning different ways to relax.  In fact, anything that reduces your stress will positively impact on the thymus gland.

In fact, we humans have even fewer genes than rice.  It was thought when the human genome work was published that we had perhaps as many as 100,000 genes.  In fact, it’s been discovered that we have around 30,000, which means there are too few genes to explain the complexity of human behaviour.  This has completely exploded the absurdity of the ‘gene for every trait’ theory, often found in populist science reporting.  Not only is there ignorance and danger in this thinking, but it means we continue to overlook the obvious, that we are more than our genes.  As long ago as 1581 Richard Mulcaster wrote, ‘by nature implanted for nurture to enlarge’.  The more we examine the human condition, the more the nature-nurture debate falls flat on its face. Isn’t it obvious that it’s nature plus nurture?  Experience and behaviour guide the expression of genes (see the work of Bruce Lipton, Dawson Church and Matt Ridley).

Even though forgiving others undoubtedly can have a positive effect on them, the truth is forgiveness heals the forgiver most of all.  It is not for us to tell anyone to forgive.  This has to be a personal choice because one cannot feign forgiveness; it has to come from the heart.  Why a lack of forgiveness is so damaging is that it often keeps the individual ‘nailed’ to the very spot they are striving to be free of.  This can lead to the continued build-up of anger, pain, even hatred.  These emotions lead to the release of unhelpful hormones and other body/mood altering substances, all of which poison and negatively impact on the individual.  Forgiveness, on the other hand, doesn’t forget, but does wipe the slate clean, allowing for a fresh start. That ‘space’, which was occupied by the pain, hurt, anger or maybe fear, makes room for new and unchartered experiences, as the old and familiar ones are replaced. It’s worth recognising that engaging in actively forgiving (as those who have taken the journey know for themselves) is extremely cathartic and renews the spirit making the heart and mind lighter.  There’s also an understanding that there is a natural order of cause and effect within the universe, and so we need not sit as judge and jury in life, as the natural order ultimately takes care of justice.

This calcification accelerates the aging process as it leads to degeneration within the body.  Magnesium, when supplemented orally, can take between 6 and 12 months to replenish depleted stocks. However, when applied transdermally (through the skin), magnesium chloride restores intracellular levels within 4 to 6 weeks (see the work of Dr. Carolyn Dean and Dr. Shealy, who amongst others are leading the magnesium revolution).  There is nothing in the body that does not use energy, and magnesium is critical for this energy to be both generated and used. ATP (adenosine triphosphate), the central high energy compound of the body, cannot create the energy used by specific enzymes in the body to make protein without magnesium.  In fact, the more magnesium chloride is studied, the more its miracles are unravelled.  For example, not all headaches are produced by mineral imbalances, but we know that about 50-60% of migraines are magnesium linked.

Magnesium chloride is so potent that it is critical in the prevention of heart attacks and strokes.  Magnesium is a truly systemic medicine.  Although it will deal with local issues in the body, it is not confined exclusively to the purposes you may have taken it for.  DHEA, which has been described as the youth hormone, depends on adequate amounts of magnesium being available in the body.  So, there are many reasons to be taking magnesium more seriously.

10. Did you know that if you can practise standing in your dreams, they can indeed come true?

William James, the nineteenth century psychologist and philosopher, reminds us of how easy it is to apply this principle in our lives.  He says: if you want a quality in your life, act as if you already have it.  If you want a trait, act as if it is already yours.  The poet William Blake also recognised imagination as the essence of our existence, rather than something we simply experience in our spare time.  We live in a reflected universe, and we can create the reflections of our choice.  To do this, we need to ‘assume the feeling’ of our heart’s desire, our dream, our goal, that unanswered prayer.  This practice alone is a wonderful tonic for the mind as it transports you to that place of magic and possibility and increases the prospect of your heart’s desire becoming reality.  It also nourishes the body with healing hormones.  We each hold the power to influence how matter behaves and how reality unfolds, simply by the way we perceive the world around us.  This is an interactive universe.  By choosing how you interact, you have a say in the outcome.  It’s time to be a master rather than a victim.