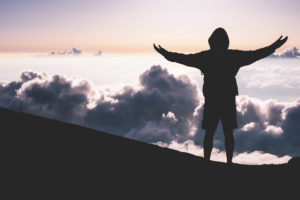 The term ego has moved some way from its original definition and meaning and now has a mass of definitions and is used to mean so many things. The main reason for this diversity and variation in meaning is because the language and vocabulary pertaining to the concept of ego has been altered, adapted, modernised, culturalised as well as re-defined by philosophers, spiritualists, psychologists and by general psycho-social developments across the globe.

There are now so many competing definitions that it is difficult to be clear what it is we are really talking about when we use this word ego. Like most things if we want to acquire a more accurate meaning we need to look back to the “seed stage” (the beginning) rather than the present expansion. The current expansion is like that of a tree, there are so many off shoots now, all professing to have the answer, when in fact the answer is really only found in some fragmented form within this dichotomy. It is only by going back to the “seed stage” that any real clarity can be found.

Recorded history dates back only approximately 2,500 years, beyond that we are merely speculating about our past. When we look at what we know about the early civilisations’ references to ego they were simple. Ego was seen as something born of the corruption of the spirit. In other words once our true identity was lost then the ego as a substitute force was created.

In modern psychological parlance this definition would sound something like: ego is the term that best describes the myriad of sub personalities as well as the defence mechanisms that have evolved out of these sub-personalities. These sub- personalities make up what most people refer to as their personality, and is how most of us would define and describe ourselves, when in fact the personality is something we have acquired and become and the price we have paid is to lose contact with our true selves (soul/spirit).

Ego is not an intrinsically evil or negative force, although many of its manifestations have this appearance and it is reasonable to classify some of its by-products in this way. However, this simplistic assessment means we continue to misunderstand our ego and never form a constructive and creative relationship with it, and so the ego continues to behave in mischievous, devious and corrupt ways.

Ego exists in our current reality chiefly as a huge, sophisticated defence mechanism and is a self protecting system conceived as an alternative to our real self as well as an armour for that real self. Unless we learn to see ego in these terms we will continue to misunderstand its nature and function and despite the damage it causes, its aim is to ensure the protection and survival of the spirit and the way it does that is through adapting to its environment. It is like a chameleon, changing and camouflaging itself in line with its surroundings.

The ego has learnt this is the best defence mechanism, and so in order to identify and belong the person via the ego responds to the expectations, desires and needs of others. This chameleon process begins in childhood and the sub-personalities (which are the building blocks for the personality) begin their apprenticeship at this time. The sub-personalities eventually become well rehearsed, proficient and efficient traits that learn the politics of human behaviour and relationships and the ego then begins its manipulation and eventual domination of the self. Once we understand this the next step is to disentangle the self from the ego and engineer a state of re-integration.