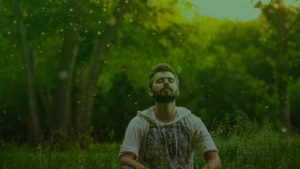 Anxiety is such a vast subject it would certainly take more than this one handout to explore its multi-factorial nature. Nevertheless, let us begin to open it up and explore the subject. Anxiety is more than a psychological and  emotional  disorder,  it  is  also  a  neuro-biological  dysfunction which is what makes it so complex. Anxiety can be ignited and fuelled by nutritional deficiencies which lead to distortion in brain chemistry.

When viewed from psychological and emotional perspectives, anxiety is largely grounded in    fear. Fear of the unknown is a feeling most of us can relate to and accept as a somewhat ‘normal’ fear, though ‘known’ fear is also responsible for a lot of anxiety. What do we mean by this? ‘Known’ fear is what we believe to be true about ourselves. It is that feeling ‘I am really a fraud and the world will eventually find out’. It is a fear of being exposed. It’s that feeling of not really being good enough, unable to live up to one’s own expectations or those of others, but remaining busy trying. It’s also fear of failure or fear of success.

Known fear is like living with a guilty secret about oneself, which if exposed will inevitably result in rejection and abandonment, something the human spirit dreads most. It is often the hidden feelings, like the huge tectonic plates beneath the earth’s surface crashing together, that are responsible for the type of anxiety most people recognise. Yet they would not generally be able to differentiate between known and unknown fear and understand that it is the former that mainly perpetuates their difficulties.

Anxiety can be and often is a hugely disabling phenomenon. When it strikes it can take the legs from underneath the sufferer in the blink of an eye, so crippling that when it falls, a person cannot exercise rational or clear thinking and is gripped by the fear that anxiety uses to slay its prey.

There are many things one can do to manage the symptoms of anxiety like breath therapy, learning to relax, positive mind-bending techniques, natural remedies etc. However, unless we understand and seek to address the neuro-biological, psychological and emotional aspects, we will do little more than suppress the symptoms of anxiety.

Therefore, when tackling anxiety it is vital to address both nutritional  deficiencies  and  the ‘known’ fears (those disabling thoughts and feelings that linger in your awareness) as a first    line of defence. Interventions that have proven to be very effective are substances like Avena Sativa and Passiflora (herbal tinctures) which help to bring a sense of balance and calm. There are other herbal and homeopathic remedies that help to steady the ship, especially when these form part of a strategy that addresses diet, water intake and positive reframing (giving the mind constructive ideas to feed off). It is the combination of these different interventions that has the power to reduce and eventually remove anxiety. So let’s identify where your gaps are and fill them, making you a sealed container once more; no leaks!