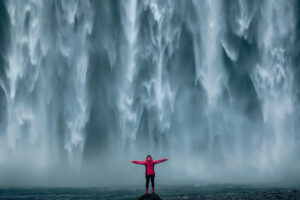 Having hopefully established how vitally important water is to health, we believe it would further help the motivation of those considering to make the necessary adjustments to their water consumption to have more specific knowledge about water’s priceless role.

The average person is 75% water and 25% solid mass but the brain tissue consists of around 85% water and so this is why a low intake of water can significantly affect the brain’s function, which in turn affects our thinking, concentration and perception etc. When there is dehydration in the body the brain secretes histamine in order to try to restore balance and then stimulates the body’s water regulatory system which, with over-stimulation, due to on-going dehydration, can result in a   number of different reactions in the body such as headaches, asthma, back pain, stomach ulcers, allergies, angina pains, just to name a few.

Water is an essential lubricant for the joints and particularly for the vertebral joints of the spine. Water is held in the disc core in the spine which supports the compression and the weight of the upper part of the body. It is estimated that three quarters of the weight of the upper body is supported by the water held in the disc core, which gives some indication of the essentiality of water.

When we look at the digestion water is necessary for keeping the stomach acid in balance. When there is a lack of water then the digestive process is disoriented and the valves either side of the stomach become weakened or relax at the wrong times. This can allow stomach acid to pass into the wind-pipe, particularly when the person is lying down, producing that familiar pain commonly called heart-burn. Water is essential in helping the stomach produce a strong, thick mucus barrier which protects the stomach wall from being damaged by the acids needed to digest our food.  Many of the stomach related phenomena such as colitis, IBS, Chron’s Disease etc. are increasingly being documented as signs of dehydration.

The main systems of the body, endocrine, lymphatic, central nervous system, digestive system and immune systems, all depend on water for successfully carrying out their functions. In fact, without water, none of these could work efficiently which would mean a total collapse in our health. For example, take the immune system; it is generally believed that stomach ulcers are caused by infections and that the type of bacteria responsible for this is Helicobacter pylori but, this bacteria is a natural resident of the gut and therefore is only able to take advantage of its position in the stomach when there is a dehydrated state. In other words when there is sufficient water in the body this bacteria is unable to compromise the health of the organism.

Hopefully by now, with these few examples, the role and magnitude of water in our lives is becoming ever clearer.  The list of health benefits and implications of water in our lives could not be properly documented here. This handout serves only as a catalyst hoping to propel the reader towards taking the responsibility for their water consumption more seriously. Isn’t it tragic that the developed world has more than enough water and yet doesn’t imbibe what it needs and the so-called third world has a far greater appreciation of water and yet rarely can their needs be met.