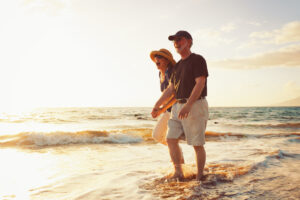 Relationships are where the worst examples of anger can be found, what begins as anger goes unheard and becomes abuse, rage and violence. The reason anger escalates out of control in this way is because the relationship does not give permission for anger to emerge in an honest and healthy form, and so the anger has to find some other way of expressing itself. Sadly families, cultures and societies the world over have helped corrupt our view and expression of anger by offering us gender- models of anger which means women have in the main been taught denial and suppression of their anger because it is considered unacceptable, bad and anti-social for women to get angry.

For men anger is considered part of their make-up, an expression of masculinity and strength and therefore their expression tends to be more overt, threatening and explosive, hence the reason men’s anger is more likely to take on a violent form such as: shouting, beating, hitting etc. Whereas for women who have been taught to suppress, conceal and deny their anger it is more likely that their anger will emerge in a more manipulative, nagging and critical way, which are some of the channels through which women have traditionally been allowed to express their anger.

Both these gender-based manifestations of anger are damaging, ineffective and prevent healthy, equal and profitable relationships, because men’s anger in this form is more likely to lead to conflict and violence, denial, pretence and lack of emotional integration, whilst women’s anger as it currently exists leads more to internalised oppression, subservience, depression and loss of self.

When we can appreciate how our families, communities and cultures have shaped our understanding and the development of anger in our lives we are better placed to make sense of the anger that exists within ourselves and our relationships. However due to the complexities and uniqueness of families and cultures the way we may fit into the gender-based model is likely not to be as neat and as simple as the model suggests, nevertheless the blue print laid down is a very good starting point for understanding the psycho-social context of anger. If we look to our own families and upbringing we can create a personal profile of our own anger’s evolution and establish a more accurate model for ourselves.

The way forward for relationships whatever their status and intensity is for all of us to own our own feelings of anger and express them in an honest, healthy and constructive manner, rather than reverting to old, stereotypical and socially predictable patterns of behaviour. We can learn to respond to anger impulses by creating a new dialogue, first with ourselves and then with each other.

By establishing a new dialogue with ourselves and then where necessary communicating our feelings to those we need to, prevents our anger from transforming into a range of harmful expressions. If we look closely at our own anger we will see that often it is harmful and is a form of violence either towards others eg: shouting, hitting, saying hurtful things etc, or it is violence towards ourselves eg: beating up on ourselves, moodiness and irritability, or bouts of depression.

When anger does spill into our relationships it is nearly always an accumulative force, which contains a lot of what has not been resolved on previous occasions. This makes anger in relationships complicated because one or both parties is often drawing on several un-resolved events and attempting to deal with them in the context of the present situation; this leads to a defensive and protectionist dynamic as the other party feels quite rightly attacked because the anger they are in receipt of is disproportionate to the “here and now” situation.

So even though the person expressing their anger may have valid reason to be angry because their anger is made up of so many other dissatisfactions from the past their point is lost in the battle that ensues, which is no longer a dialogue about the truth because self preservation becomes the name of the game. Relationships are the mirror in which we can most see ourselves clearly so by listening to and hearing our anger signals and acting on their instructions early on we can learn an immense amount about ourselves and establish relationships of substance and meaning.